What Are the Differences Between Sash and Casement Windows? 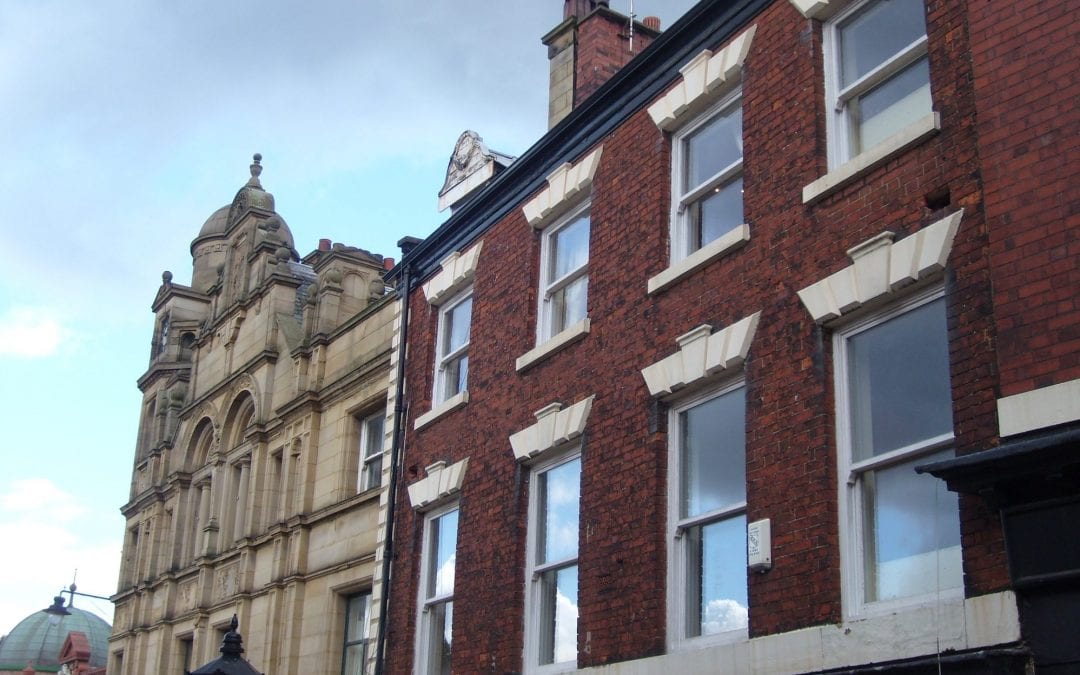 Installing the right windows in your property can make a huge difference to its appearance. There is sometimes confusion over the differences between the two main types of window which we provide; sash and casement. Both types have their own advantages and drawbacks, and so careful consideration is needed before making a decision. We’ve written this blog post to shed some light on those differences.

Sash windows first gained popularity in the UK during the Georgian era (1714 – 1837), and went through a number of changes during the Victorian (1837-1901) and Edwardian (1901-1914) periods. Nevertheless, their operation remained virtually identical during this time. They usually consist of two sashes and a box; in so-called ‘double-hung’ sash windows, both sashes move over one another to open, whilst ‘single-hung’ sash windows unsurprisingly consist of just one moving sash and another which is fixed in place at the top of the window. Their operation is facilitated by a system of pulleys, balancing weights and springs, none of which can be seen, as they are hidden within the frame. This system also allows the windows to stay open once they have been opened. Hidden spring sash windows are used when the sashes are particularly heavy, or when the original brickwork opening was not designed for the installation of sashes.

On summer days, opening both sashes allows cool air in and warm air out of your property. Sash windows allow the air to circulate and therefore provide better ventilation than casement windows. Additionally, a sash window may be the only choice if there is an obstruction such as a tree or wall near to your property, which would hinder the correct functioning of a casement window. This is also the case if there is something in front of your window within the property, such as a kitchen sink. You may find it difficult to reach out to open a casement window to its full extent in this situation.

Finally, traditional, wooden sash windows are often the only option in conservation areas, because of legislation surrounding the preservation of heritage properties. We believe that they are the most beautiful and elegant type of window ever produced and should always match the overall appearance of a listed building.

Initially fashionable during the Tudor era, casement windows came into vogue again towards the end of the Edwardian period and are now very popular in Europe. The windows themselves often come in pairs and open outwards, attached to the frame with two or more hinges. Some open inwards, though this is usually down to owner preference.

Casement windows are known for being particularly energy efficient, thanks to a seal around their edges, which, when the window is closed, is compressed against the frame. That is not to say, however, that sash windows are not efficient. Thanks to advances in window technology, our experienced team can fit draught exclusion systems in sash windows, and can even double glaze them, even in conservation areas where building regulations are particularly strict.

Double glazed casement windows are arguably easier to open than sash windows, as they open outwards and no lifting is required, though if the sliding sashes are properly balanced, by expert fitters, they should not rquire too much effort to open!

Finally, casement windows do not have the same number of glazing bars as sash windows do, allowing for a larger expanse of uninterrupted glass. This lets more light into the property and provides a better view of what’s going on outside.

If you can’t decide between casement and sash windows for your property, or would like some more advice, speak to a member of our team on 0333 600 0196 or request a FREE survey.