Another Sash Window Replacement in York 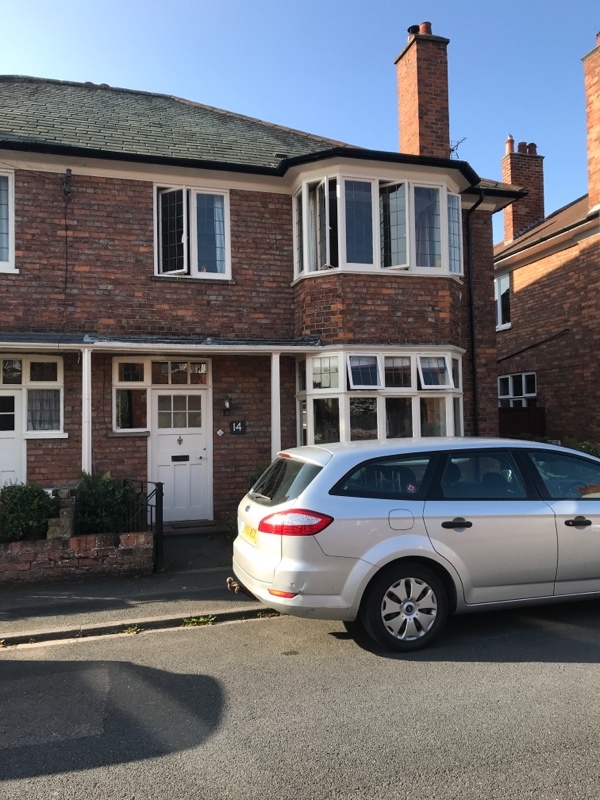 We recently had an enquiry from a homeowner in York, who wanted us to take a look at some of the windows at the front of his property. The casement windows were standard enough, but we then came across two large bay windows. The upstairs one had seven windows; the downstairs one had seven large bottom sashes and seven smaller top sashes. But these were unusual windows… they had central pivot openings. Our customer requested that these be changed to more conventional openers and that we install double glazing.

We were more than happy to help (double glazing wooden sash windows is one of our specialities!) and once a price had been agreed, we returned to his property to take more detailed measurements.

After our craftsmen had tailor-made the windows, with their precisely machined moulds and architraves, we sent one of our highly-skilled installers, Slaw, to the property. It was a tough job, especially when it came to getting the converted opening sashes in to replace the old central pivots. But Slaw successfully completed the work within the expected timescale. The customer was hugely impressed by Slaw’s hard work and tidiness. Apparently, he was ‘a delight to have in the house’ – but we expect nothing less!

We then got even better feedback. One of our customer’s neighbours contacted us and asked us to carry out some work on their windows too – but only if Slaw was on hand to install them!

To really put the icing on the cake and highlight just how good our work is, our original customer recently asked us to return to his property to work on the remaining windows, which again include central pivot openers, as well as sliding sash windows, casement windows, and both a front and back door.

Check back later to see our progress. We’ll be putting up some photos of the whole project soon!